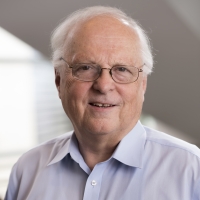 Research in our lab is focused on identifying the basic mechanisms of seizures that are unique to infants and young children. The catastrophic epilepsies of childhood often occur during circumscribed periods of brain development; with maturation these seizure disorders can be transformed to other types of epilepsy that are often unresponsive to anticonvulsant medications. Children with these disorders are often cognitively impaired. We have developed an animal model of infantile spasms, one of these catastrophic epilepsies. The animals have EEG abnormalities that are virtually identical to those seen in children, including the electrographic hallmark of this disorder, hypsarrhythmia.  Analysis of high frequency oscillation (HFOs) in EEG recordings has indicated that the neocortex contributes in important ways to the genesis of spasms.  In vitro slice electrophysiology studies are now underway and aimed at understanding the basic mechanisms underlying neocortical network hyperexcitability.  These studies will hopefully lead to the identification of critical molecular steps that produce this hyperexcitability.  These steps will serve as targets for development of novel drug therapies.  We have also developed long-term (24/7) video/EEG recordings are currently evaluating the effectiveness of several drugs in eliminating both spasms and hysarrhythmia.

Cognitive deficits are also common in children who have intractable epilepsy. A number of confounding factors make it difficult to determine the cause of these impairments through clinical observation alone, but recurring seizures themselves have been thought to be contributing factors. We have provided evidence that support this hypothesis: infant mice that have experienced as few as 15 brief seizures are cognitively impaired as adult animals. Further studies using both in vitro slice culture models and in vivo models show that seizures alter the development of hippocampal pyramidal cells, suppressing dendrite growth in a way that appears to be dependent on NMDA receptor function. The lab is now deciphering the down-stream signaling pathways involved in growth suppression.

Abnormalities in the molecular signaling pathway PI3K-Akt-mTOR are suspected to play a critical role in producing a number of developmental brain malformations that can result in severe seizures.  The clearest example of this is the disorder, Tuberous Sclerosis Complex (TSC).  Results from experiments in the Cain Laboratories contributed to the development of on-going clinical trials that are testing the effectiveness of the mTOR inhibitors, rapamycin and everolimus against seizures in children with TSC.  We are currently exploring how mTOR signaling abnormalities alter excitatory and inhibitory synaptic transmission and the operations of neuronal networks in the brain in the hope of identifying even better drugs to suppress seizures in TSC and other disorders of this signaling pathway.  In addition, studies are currently underway in attempt to demonstrate and understand mTOR signaling abnormalities in the neurovascular developmental disorder, Sturge-Weber syndrome.

NRI conference accelerates next phase of research on catastrophic epilepsy